Randy King is a communications professional with a passion for basketball. A long-time supporter of the LA Lakers, the basketball blogger and podcaster found his voice as a sports writer as the host of Lakers Lair on the Basketball Society. 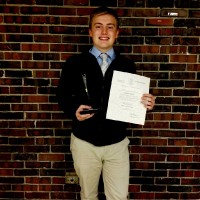 Randy King is a Northville, NY based communications professional whose lifelong passion for the sport of basketball drives his career as a sports writer.  Over the years, he has gained expertise in blogging, podcasting and radio.  He is best known for hosting Lakers Lair, a podcast and blog series on the Basketball Society.  As a co-host of Lakers Lair, Randy shares fan-focused content that tackles the goings on, both on and off the court, of the LA Lakers.  This experience was one of his first pursuits in the world of basketball blogging, but it certainly hasn’t been his last!  A great jumping off point for his career, Randy learned a lot about podcasting and blogging overall while hosting Lakers Lair.  He now looks forward to translating those skills into other professional sports related projects.

While enrolled at Buffalo State College, Randy King took on a number of internships in order to build up his experience in communications.  Most notably, Randy worked as an intern for Went.  He also worked as a Freelance Radio Producer for ESPN Radio.

Went is a radio show local to the Buffalo State College area.  While at BSC, Randy King worked as a Radio John Intern for the radio show, which required him to become acquainted with the basics of running a radio station.  This included drawing up local news stories, Public Service Announcements (PSAs) and day-to-day weather forecasts.

When Randy King joined the 104.5 radio station team, he felt his true calling had been discovered.  While contributing to the station, King was finally able to realize his dream of sports-centric storytelling, including a play-by-play review and recap of recent sports games.